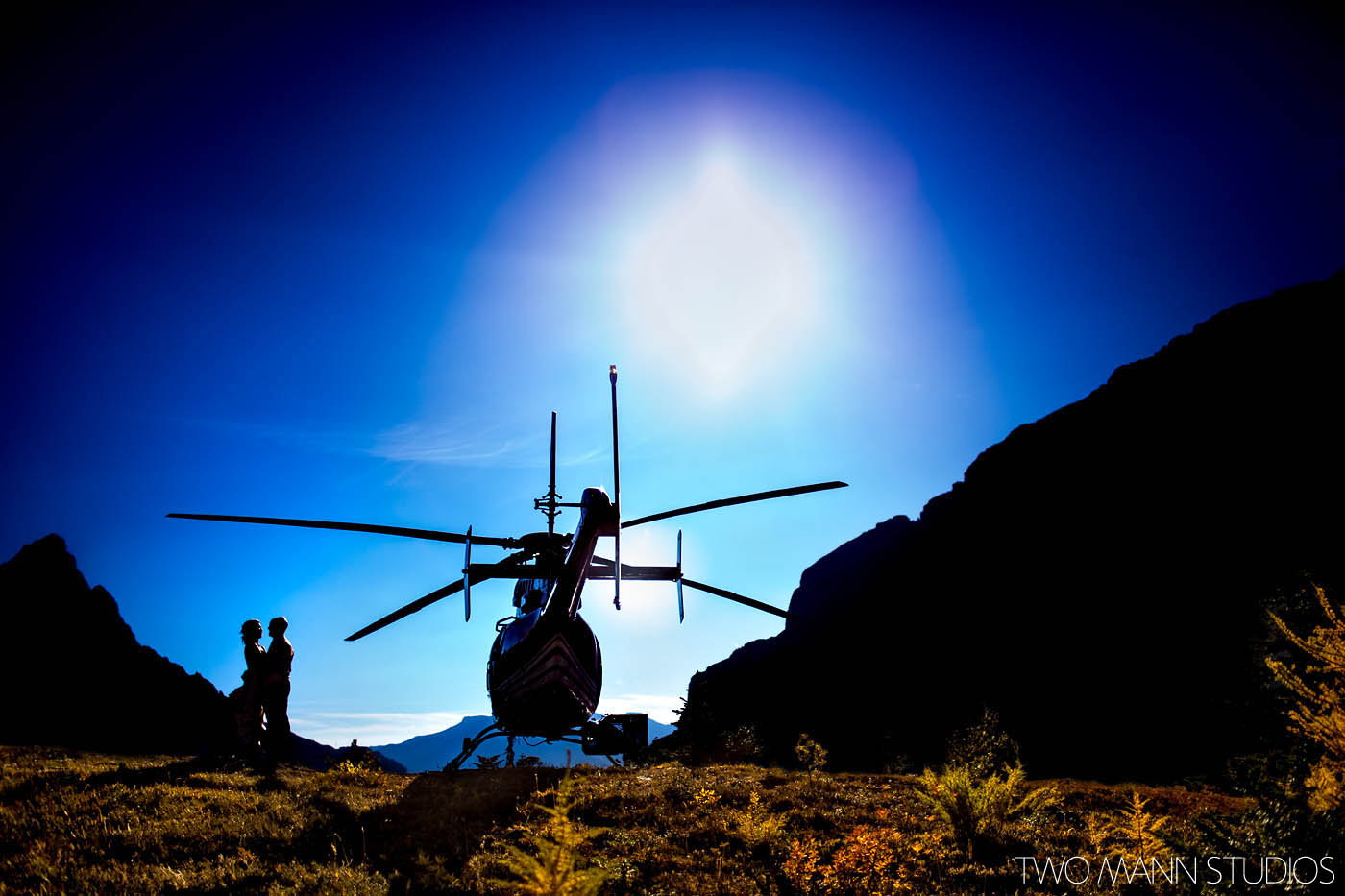 Aoi and Peter’s Heli-Wedding Elopement in the Mountains

We have been so excited about Aoi and Peter’s wedding elopement since first learning about it over beers this spring. Without telling anyone (except their two witnesses, the marriage commissioner and the two of us) they were secretly planning to travel by helicopter up to a remote mountain ridge for a magical elopement. Furthermore, their chosen date was scheduled to coincide with prime larch season; the most majestic time in the Canadian Rockies. There was only one small issue…. the helicopter only had room for one photographer. No problem….. Lanny has represented Canada twice at the World Mountain Running Championships. He could just run the 36 kilometres (18 each way) through the mountains. Piece of cake. It was all planned out. I (Erika) would take the helicopter, with all of our camera equipment and lots of food and water for Lanny, so that he could refuel for the run back down and out of the mountains, after shooting the ceremony together. At least, that was the plan.

Lanny was joined by our friend, Tom, for the pilgrimage. They left early and set off in shorts and t-shirts, carrying nothing more than small camelbacks and energy gels. Anything else (apparently including a map) would be unnecessary weight. To make a very long and highly entertaining story short, I had the pleasure of photographing this one without having to compete with Lanny for the best shots. Lanny and Tom ended up way off route (apparently misguided by incorrect park signage), arriving at the wrong mountain pass, depleted, dehydrated, flat out of water, and facing another 27 kilometre run back through the mountains, in fading light (the headlamps were with me, of course). Oh, and Tom somehow managed to break his arm by tripping on a root and rolling down the trail. In the end, they finally stumbled out of the woods just before dark, after having run 65 kilometres through mountainous terrain with no food and very little water. Lanny was exhausted and beyond bummed for missing out on the ceremony. He is only just now beginning to get over it.

What actually took place up at the correct mountain pass, Marvel Pass to be exact, was the sweetest little ceremony in the most spectacularly colourful mountain paradise imaginable. It was perfect. Surrounded by golden larches and basking in the heat of the autumn sun, Peter and Aoi got married. Their commissioner, Rick Kunelius, led us around to different settings for different parts of the ceremony. It was such a unique and special event for two really special people! 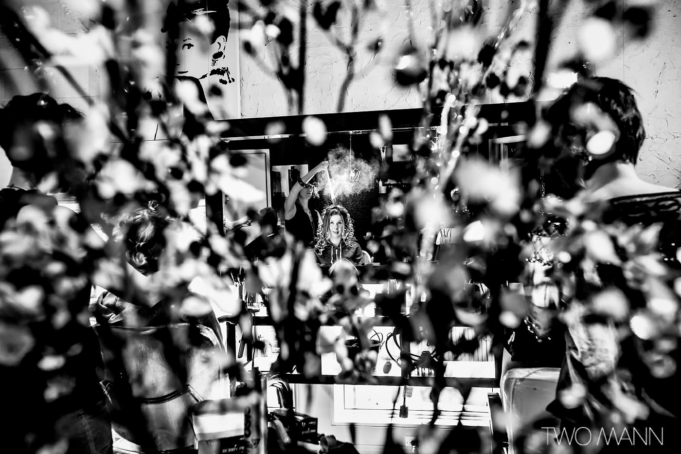 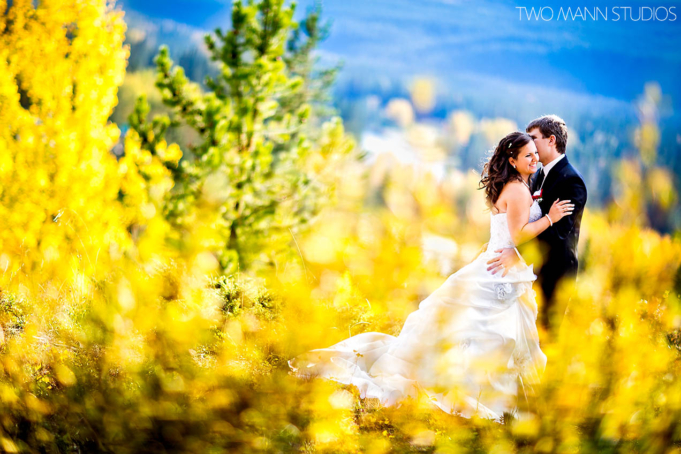